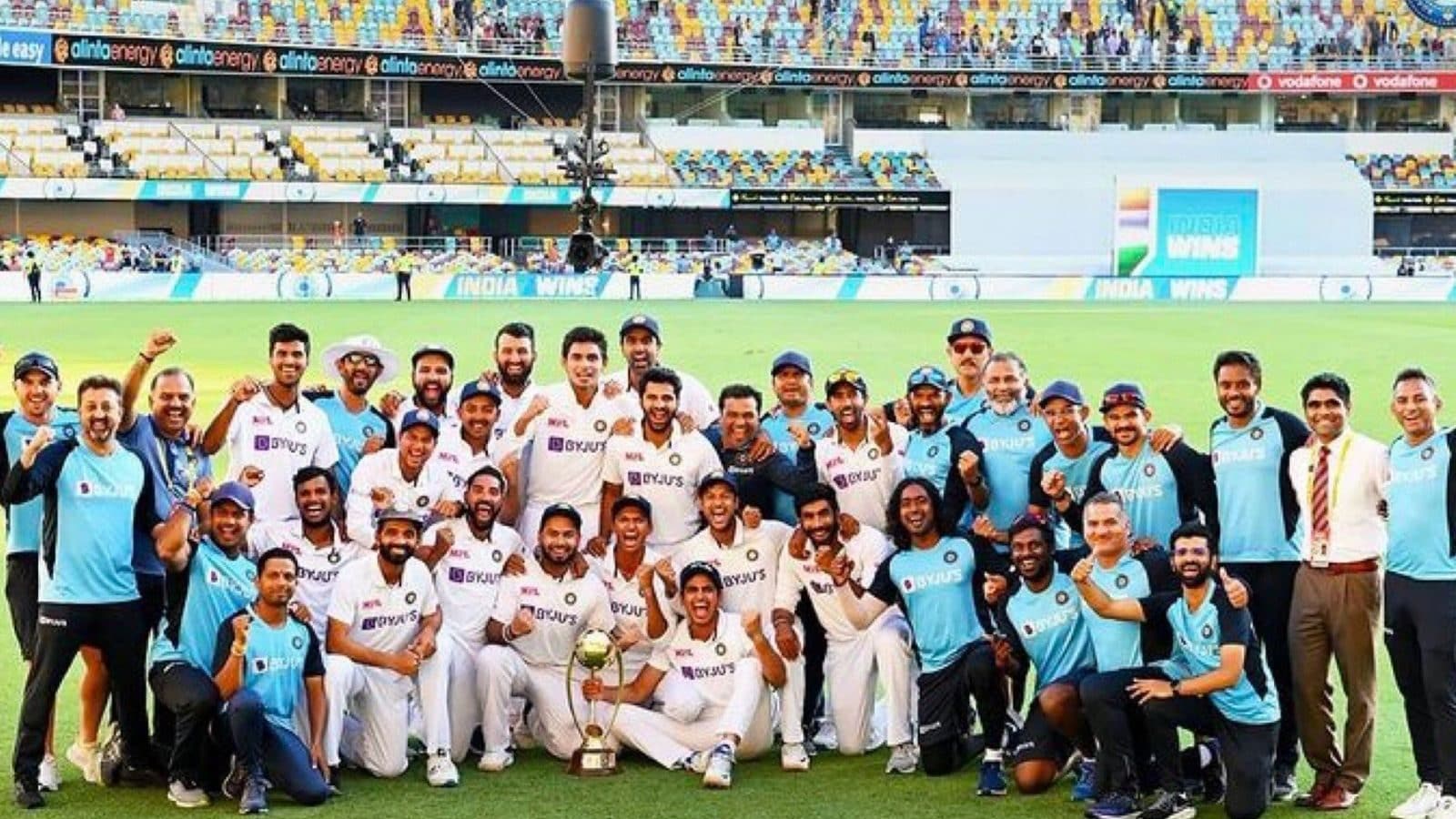 Last year, this time around, Australia’s fortress — The Gabba — was finally breached. It took 32 years and 2 months, but the unthinkable was achieved after an injury-ravaged young Indian team defeated Australia by three wickets against all odds to win the series. To commemorate the one-year anniversary of Team India’s historic Test series win Down Under, Sony Sports Network has produced a special docu-series titled “Down Underdogs – India’s Greatest Comeback” that will premiere with the first episode on January 14, 2022.

To bring fans closer to the historic win and to ensure all Indians enjoy the blockbuster episodes with their close family members and friends, Sony Sports Network will launch the 4-part docuseries in Hindi & English followed by a Tamil and Telugu release on a later date.

Each episode of the 4-part docuseries aptly titled The Adelaide Aberration, Melbourne Magic, The Sydney Siege & Brisbane Breached will be telecast daily from January 14, 2022, to January 17, 2022, at 8:00 PM on SONY SIX & SONY TEN 4 in English, SONY TEN 3 in Hindi and will also be available on their on-demand OTT platform SonyLIV. The docuseries will also be aired on SONY MAX HD, SONY SAB HD and SONY PIX channels.

When India won a Test series in Australia in 2018-19, it was a first, but it was attributed to the absence of Steve Smith and David Warner. However, the series win in 2020-21 was an extraordinary feat and will go down in history as one of Team India’s greatest comebacks in the sport. Recording their lowest score in an innings in Test cricket with 36 runs and all out and without their talismanic batsman & skipper, Virat Kohli and a host of first-choice players, their chances looked quite grim. Obituaries were being written about Australia whitewashing India Down Under and then India produced one of the finest fightbacks in their Test history.

Led by an inspired performance from Jasprit Bumrah and R Ashwin with the ball and a brilliant hundred from stand-in-captain, Ajinkya Rahane, the resurgence had begun for the remainder of the series. Injuries ravaged this surge as India barely had an XI to field at The Gabba and had to dig deep into their reserves and call upon the services of T Natarajan and Washington Sundar. And yet, against all adversity, history, numbers, statistics, India found new heroes to rise to the occasion to not only save the Test but have the determination to go on and win it.

“Down Underdogs – India’s Greatest Comeback’ has been entirely produced in-house amidst some extremely challenging Covid-19 scenarios. Interviews with players and commentators located in England and Australia were conducted via local partnerships and remote production technology. The creative team had to constantly deal with access issues due to player and commentator bio-bubbles and was able to assemble a stellar panel despite all limitations. The series will showcase two current Indian Test stars and some of cricket’s most respected voices capturing one of India’s finest sporting achievements in recent history. Current players like Mohammed Siraj and Hanuma Vihari along with prominent personalities like Sunil Gavaskar, Michael Clarke, Jason Gillespie, Sanjay Manjrekar, Lisa Sthalekar, Nick Knight and Isa Guha will help fans relive the ‘Ultimate Test Series’, as declared by ICC after the series.

Apart from the world-class cricketing insights, a team of raconteurs like Rajdeep Sardesai, Harsha Bhogle, Ayaz Memon, Joy Bhattacharjya and Gaurav Kapur will rekindle the romance that is Test cricket and help navigate through the incredible subplots and storylines in this classic triumph against-all-odds fable. Down Underdogs has received a great response with brands like Byju’s Classes, Skoda and Dafa News coming on board.

“We take immense pride to bring back to life one of the most historic memories of Indian Test cricket through ‘Down Underdogs – India’s Greatest Comeback’. This four-part docuseries is a special dedication to Team India and their never-say-die spirit. The series is an aide-mémoire to all Indian cricket fans who had an unflinching belief in the team despite all odds and more so as an exemplary story to inspire generations to come. To ensure that our viewers relive the euphoria of this historic win, and the series resonates the spirit of Indian cricket, ‘Down Underdogs – India’s Greatest Comeback’ will be telecast in 4 languages across our sports channels as well as other channels on our network.”

“India’s win in Australia early last year will go down as one of the greatest wins in Indian cricket history. To pick themselves up after the dismissal with their lowest ever test score of 36 and then to beat a rampant home team is a tribute to the determination shown by the players and the leadership roles played by the captain Rahane, coach Ravi Shastri and his support group. I was privileged to be there and see a golden chapter being written in the history of Indian cricket.”

“India’s Greatest Comeback will invite viewers to revisit Team India’s amazing comeback leading to the series win. India picked an attack that worked. Different bowlers – not everyone bowls the same, different tactics, different skills, different weapons, so the credit goes to India for their execution but also Australia might have taken for granted their success in the first test” From one-down in the series to recording their lowest score in an innings in Test cricket and without their talismanic Virat Kohli and a host of first-choice players, Team India completed a historic comeback in one of the greatest Test series this generation has witnessed.