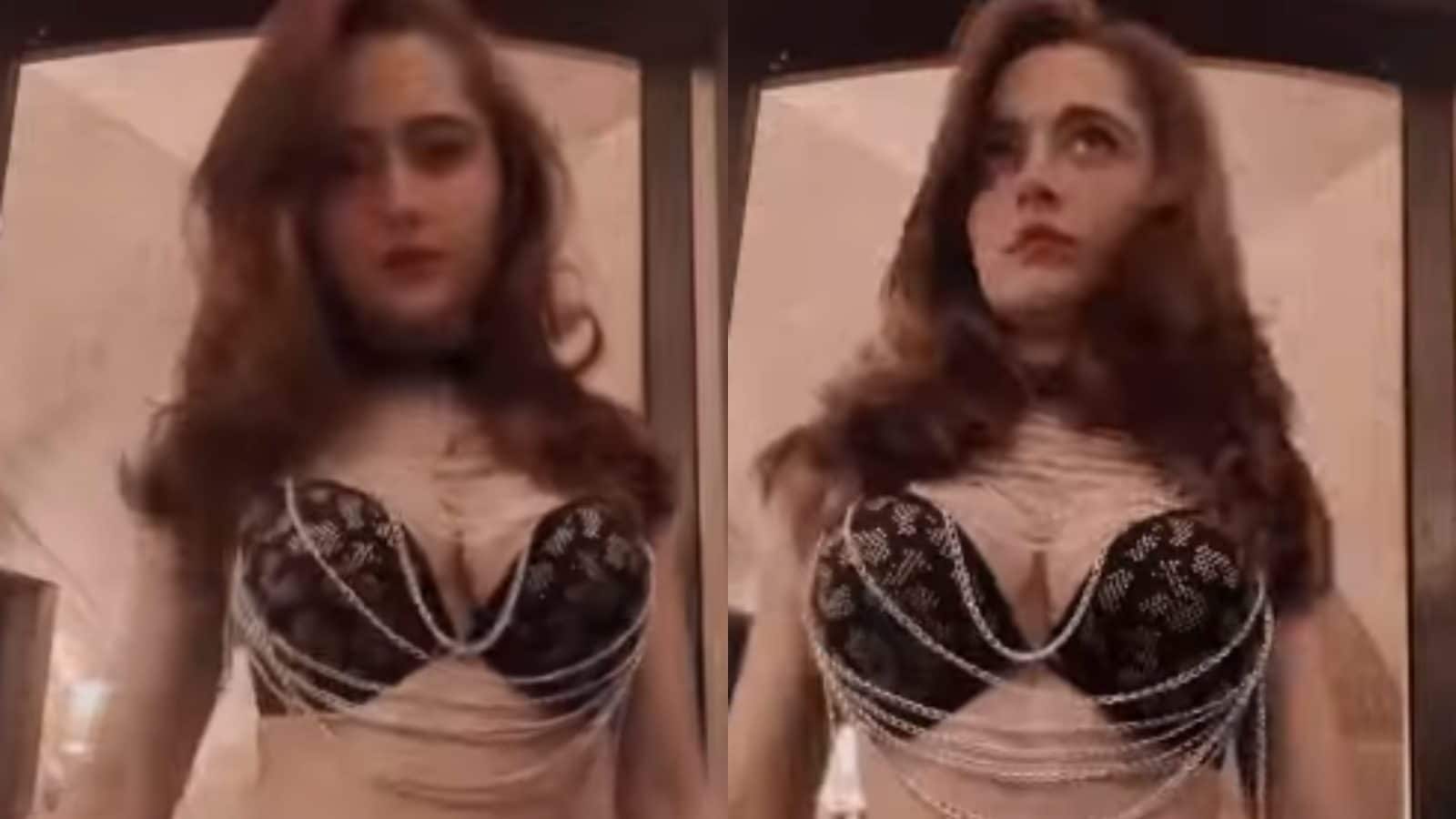 Sanjeeda Shaikh sets the internet on fire with her latest Instagram video.

Sanjeeda Shaikh often takes the internet by storm with her sexy dance videos. The actress has yet again sent her fans into a tizzy after she posted a sensuous video of showing off her moves on Samantha Akkineni’s song ‘Oo Antava’ from Allu Arjun-starrer ‘Pushpa: The Rise – Part I’.

In the video, Sanjeeda is wearing an all-black outfit featuring a sexy bralette that has silver chains all over it. One fan commented, “Super hot.” Another said, “You are so hot!”

Sanjeeda has been in the news for her divorce from Aamir Ali. Aamir Ali and Sanjeeda Shaikh, who had been married for nearly nine years, got divorced. The ex-couple had been having issues in their marriage for some time and were living separately. However, Aamir and Sanjeeda have never addressed their separation publicly. They have a baby girl together, Ayra Ali.

A source close to the couple told Hindustan Times, “It has been around nine months since the divorce papers came through. They have moved on in their respective lives. Both of them are extremely private, and thus didn’t wish to give out any official statement about the divorce.”

Aamir Ali and Sanjeeda Shaikh tied the knot in 2012 after dating for a long time. The couple also participated in Nach Baliye 3 and had won the show. In 2020, reports about their marriage hitting a rough patch made headlines. It was also reported that they had their child through surrogacy.