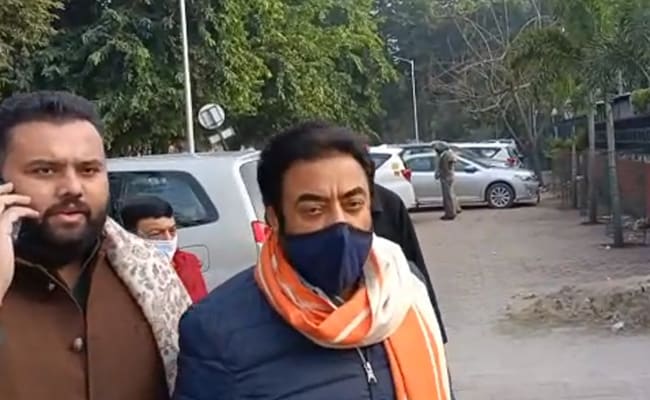 Harjot Kamal arrived at the BJP office in Chandigarh and was seen greeting leaders there.

Harjot Kamal, the Congress MLA from Punjab’s Moga who was said to be unhappy that his seat was given to actor Sonu Sood’s sister Malvika Sood just weeks ahead of the state elections, joined the BJP on Saturday.

Mr Kamal arrived at the BJP office in Chandigarh and was seen greeting leaders there.

“I was denied election ticket which was insulting for me,” said Mr Kamal after joining BJP. He added that the party leadership had asked him to contest from another place which he refused as he felt insulted by the Congress.

“Even while visiting Moga, Sidhu’ Sahab did not visit my place but directly went to the Sood (Malvika Sood) house,” said Mr Kamal.

“I don’t have any objection behind Congress selecting Sonu Sood’s sister Malvika Sood, Sonu Sood himself can contest. The problem is Congress not giving me a ticket from Moga. Malvika Sood is like my sister but she doesn’t have any political qualification, except being the sister of Sonu Sood,” Mr Kamal said.

According to him, the Congress ignored his contribution to the party. “I have spent 21 years with the Congress, starting as a Youth Congress worker. Moga was a Congress-devoid area and I have worked hard to establish the Congress in Moga by breaking the SAD (Shiromani Akali Dal) wave,” he said.

Asked if Malvika Sood would be fighting the election from the constituency, Chief Minister Charanjit Singh Channi had replied during the press conference earlier this week, “Is there anything left to say now”, indicating that she is the party’s choice.

Replying to a question about Mr Kamal, who was absent from the joining announcement, Punjab Congress chief Navjot Singh Sidhu said the MLA is his “personal friend”.

Punjab assembly elections are slated in a single phase on February 14 and the results will be out on March 10.

The ruling Congress is fighting to retain power in one of very few states it rules outright, with strong challenges expected from the BJP and the AAP, which has already released nine lists of candidates.