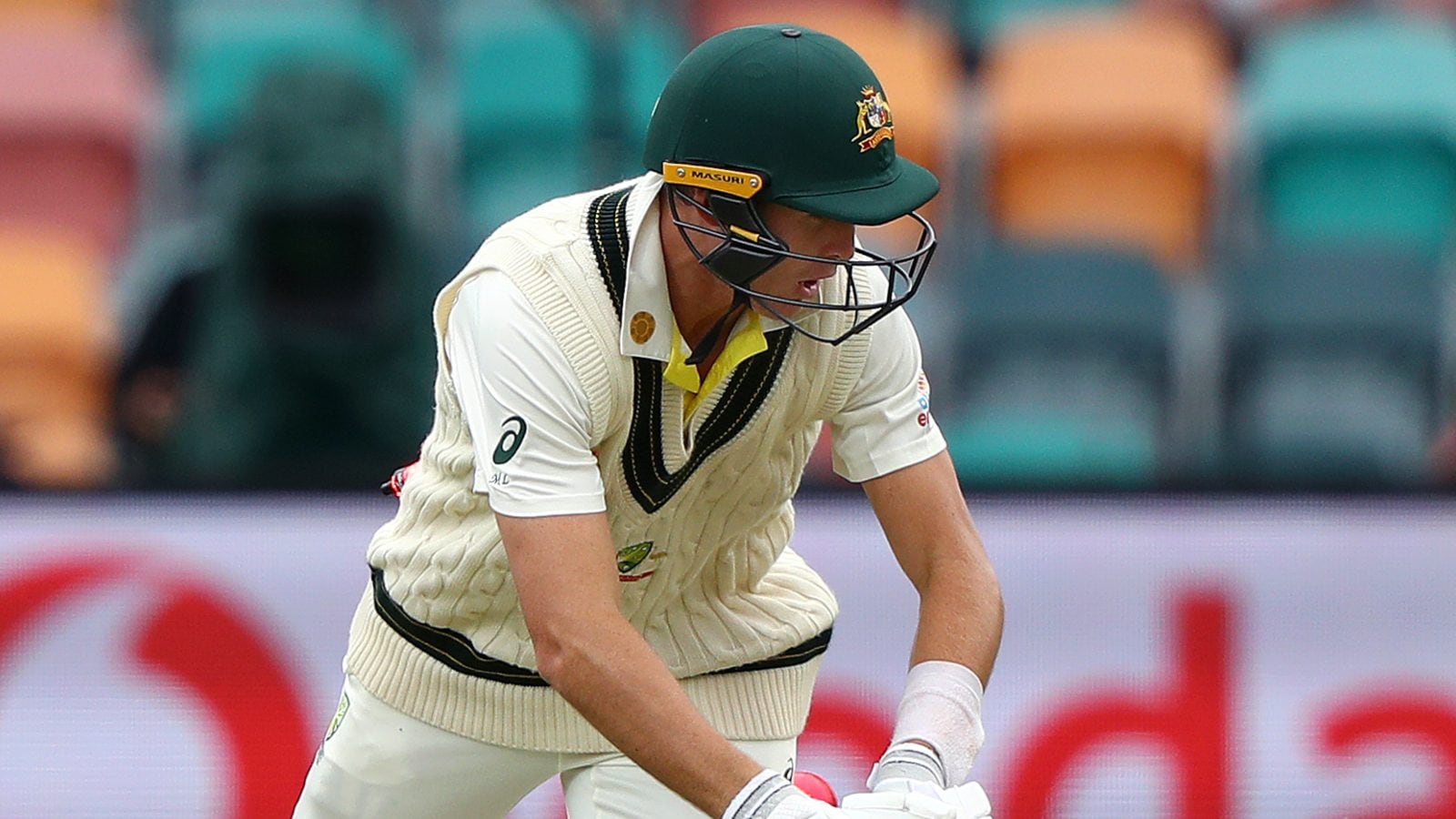 Marnus Labuschagne may have played just 22 Tests but he’s already a fan favourite and lest not because of his insatiable appetite to score runs but for his antics too. Be it his loud calls while going for a run (or not) or his self-praise while batting or the bizarre manner in which he leaves deliveries ala Steve Smith, Labuschagne has the uncanny ability to keep viewers engaged.

Friday was just another occasion that adds to the growing legend of Labuschagne. While batting on Day 1 of the fifth and final Test of the ongoing Ashes 2021-22, the Aussie batter shuffled way across the off-side for a cheeky shot against Stuart Broad but as luck would have his spike slipped and he found himself down on all fours with all three stumps exposed.

The ball, to his ill luck, was pitched on the middle and duly crashed onto the stumps ending his promising knock on 44 – 36 of which came in boundaries alone.

The video of the dismissal quickly went viral across social media and later Labuschagne himself reacted to it.

Labuschagne fell during a tricky moment when he was in the midst of repairing Australian innings which was left wobbling after they lost David Warner, Usman Khawaja and Steve Smith for 12 runs inside 10 overs.

Labuschange combined with the returning Travis Head to add 71 runs for the fourth wicket which was broken when he was castled by Broad.

Head went on to hit a hundred before being dismissed. The opening day’s play was curtailed due to bad weather with rain bringing an early end.

Australia were 241/6 in 59.3 overs when the play was stopped due to a light drizzle which eventually got heavier. Eventually, the remainder of the play was called off.