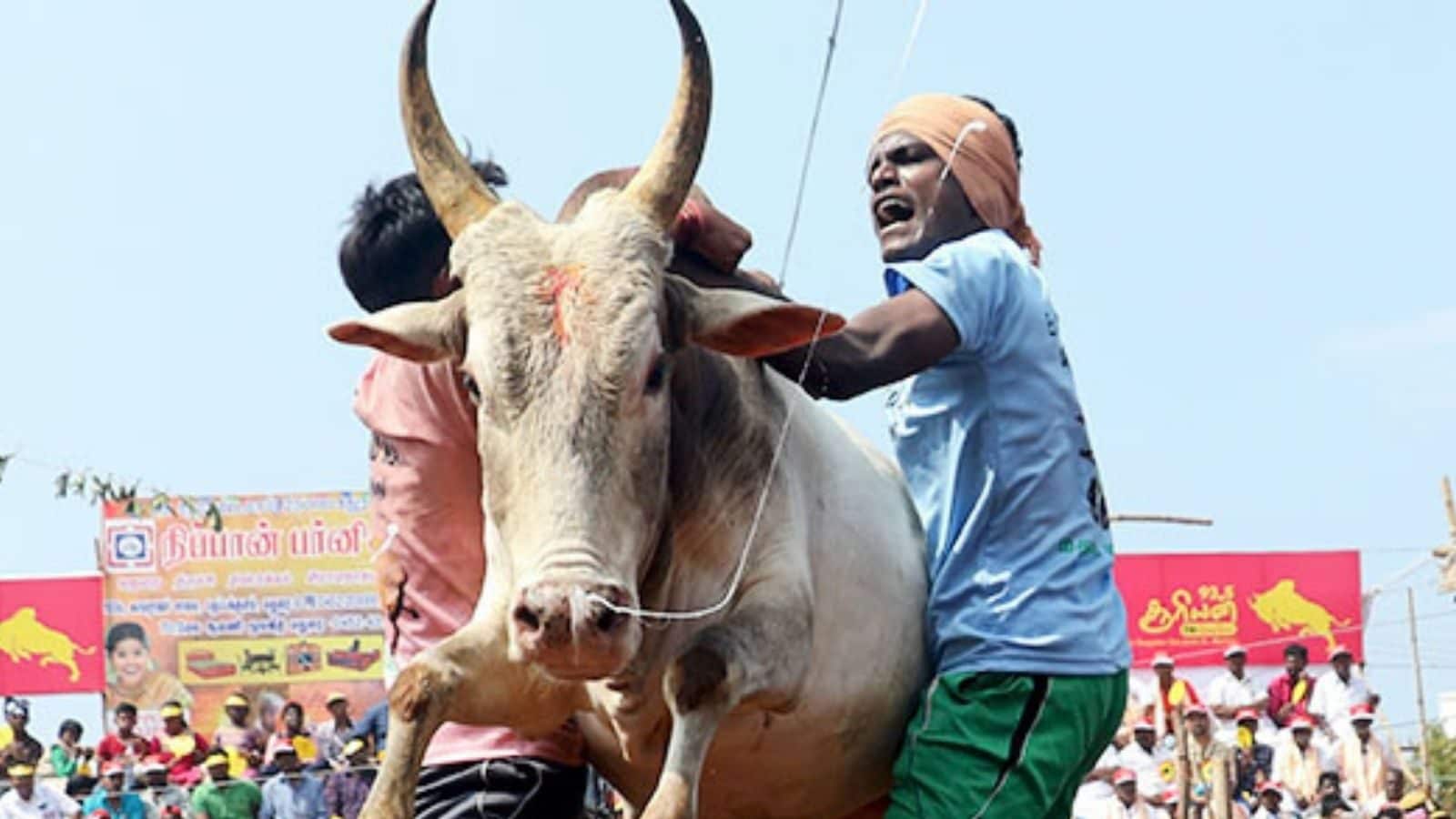 An 18-year-old spectator was fatally gored by a raging bull at the Avaniyapuram Jallikattu here on Friday. The popular bull- taming competition held on Pongal day in the district left about 59 people, including tamers, bull owners and spectators injured. The teenager Balamurugan from Madurai was gored in the chest by a bull, said police. He was rushed to the Government Rajaji Hospital where he was declared as brought dead by the doctors, a senior police official said.

The day-long traditional sport, which concluded at about 5.10 PM, saw Karthik from Avaniyapuram emerging on top by taming 24 bulls. I wish I had tamed a couple more to cross the quarter- century mark, an exalted Karthik said. Last year, he tamed 16 bulls. He lifted the trophy as the best tamer for this season and won a car. Bull-tamers Murugan and Bharat Kumar of Madurai, who overpowered 19 and 11 bulls respectively won the second and third prize. Not just the tamers, animals also won prizes. The bull belonging to Devasagayam of Manapparai was adjudged the best bull as none succeeded in taming him. The one belonging Ramu of Avaniyapuram and another bull owned by Pratish of Avaniyapuram were adjudged the second and third best respectively. Nearly 641 bulls stormed into the arena at Avaniyapuram here on Friday, signalling the commencement of the jallikattu competitions during the Pongal (harvest) festival in the district.

As the bulls rushed from the ‘vaadivasal’ (entry point), a number of youth swarmed around them hoping to clasp their arms around the animal’s hump and ride to victory in the bull-taming competition. Many participants made unsuccessful attempts to get a firm grip of the hump but the bulls shrugged them off and darted forward. Few men pounced from the side of the animal and clung to the hump till the finishing point.

This district would witness this traditional sport at Palamedu on Saturday and culminate with the grand finale at Alanganallur on January 17. The event at Alanganallur, a world famous one, is being held on Monday instead of January 16 as a complete lockdown has been imposed in view of the rise in number of COVID-19 cases in the State. Though the events are held in other parts of Tamil Nadu, the three successive Jallikattu events in the district are major attractions every year.

The event at Avaniyapuram commenced at around 7.30 AM today. Nearly 300 bull tamers participated in the sport being held with stringent COVID-19 safety precautions and a strong security arrangement by the police. The number of spectators was restricted to 150 owing to the coronavirus pandemic. At the end of seventh round, about 59 tamers, bull owners and spectators sustained minor injuries, said police. A medical team present at the venue attended to them. Earlier, a medical team from the Animal Husbandry Department examined the bulls to ascertain if they were fit to participate in the event.