In Emerging Economies Like India, New Thinking On Handling Covid 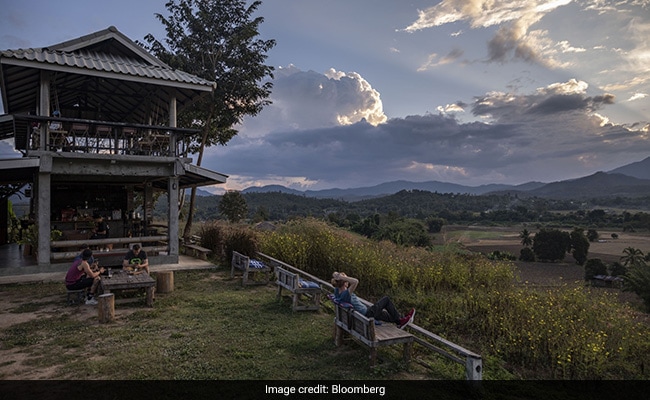 There are some emerging economies choosing to meet the new wave with severe restrictions.

Developing nations brought to their knees by earlier waves of Covid-19 — Brazil, India, Indonesia and others — are only now contending with the highly-contagious omicron variant that has been ripping for weeks through Europe and North America. With the advantage of watching it play out elsewhere, some are rejiggering policies so as not to eliminate the virus but to live with it.

In a way, the idea is old, not new. In 2020, when the pandemic began, leaders of Mexico and Brazil rejected lockdowns and quarantines, saying the damage they’d bring outweighed the sickness and death coronavirus threatened.

They were mostly condemned for their thinking. But today, with large percentages of their populations vaccinated, the cost of lockdowns better understood and the relatively mild nature of omicron, their old approach is gaining new currency in emerging economies around the world.

In fact, on Wednesday President Jair Bolsonaro of Brazil called the new variant a “vaccine virus” that could be thought of as “welcome and can in fact signal the end of the pandemic.”

In Thailand earlier waves of the virus caused tight restrictions that choked the vital tourism industry, but this time, a lockdown, even a partial one, was off the table. Instead, the government shifted its overall approach in September to what it considers a more practical one — treating Covid as endemic in 2022, said the director-general of the Department of Disease Control in Bangkok. That’s a stark about-face in strategy from the country’s “zero-Covid” goal in 2020.

Indonesia was one of the hardest-hit countries during the spread of the delta variant in Asia, but the government recently cut short the mandatory quarantine period for incoming travelers, and life in Southeast Asia’s most populous country has continued, with offices, restaurants, gyms, places of worship and public transport operating at increased capacity. Something similar is going on in the biggest nation in Latin America. After seeing Western countries shorten their quarantine times, Brazil’s health minister followed course, recommending on Monday a reduction from 10 to seven days for asymptomatic patients. Life there feels relatively normal, and with a mask you can do just about anything.

In Europe, a similar rumbling has started. On Monday, Prime Minister Pedro Sanchez of Spain became the first leader of a major European country to call on the European Union to debate the possibility of treating Covid-19 as an endemic illness like the flu.

Although the number of new cases in Argentina is at a record high, intensive care unit occupancy and deaths remain low. Likewise in Israel, where the number of “severely ill” on Jan. 4 was 125, versus a peak of nearly 1,200 a year ago. The nation has started a fourth vaccination shot for people over 60, the first in the world to do so. And in India, where the immunization rate is about 45%, antibody surveys suggest that most of the population has already had Covid in the past, which experts believe could lessen the impact of the coming wave. 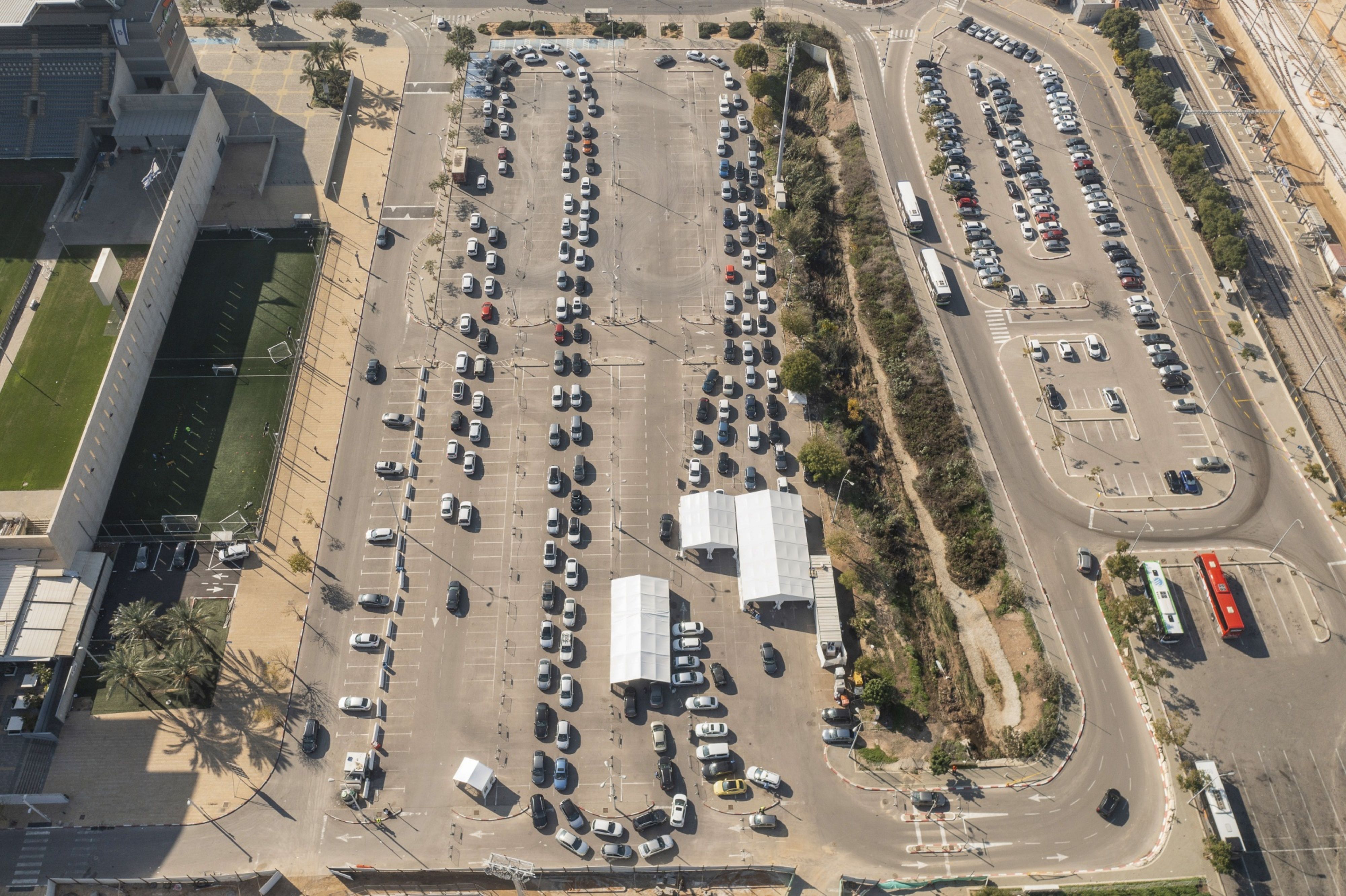 Even when fatalities are low, the burden on hospitals and health systems can still be high, in part because the latest wave delays treatment for other illnesses and surgery. “While omicron’s outcomes in terms of deaths is to be welcomed, there is significant evidence to suggests that we are not out of the woods yet,” and that “the number of hospitalizations could still put health systems under strain,” said Tom Moultrie, a professor of demography at the University of Cape Town who analyzes South African virus data. But the relatively weak punch of this variant is nevertheless leading countries to revise their guidance. “For now, if governments feel that they can weather the surge in hospitalizations, relaxations may be appropriate,” he said. 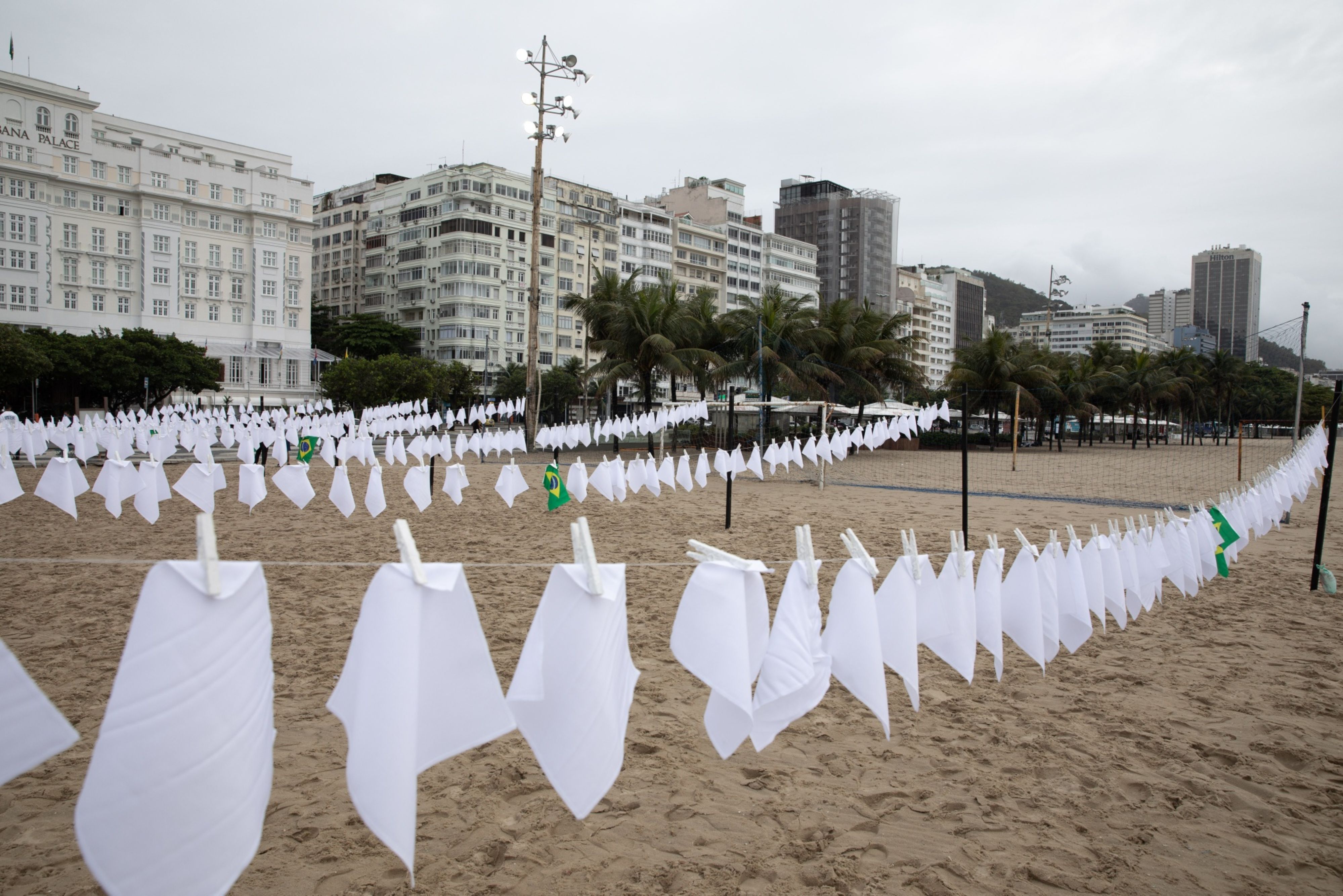 While Covid has challenged the entire globe economically, emerging markets, with their large sectors of cash-earning off-the-books workers and cramped living conditions, were harder hit by lockdowns and closures. This week the World Bank cut the global gross domestic product growth forecast from 4.3% to 4.1%, reporting that while advanced economies are on pace to approach pre-pandemic output by 2023, emerging and developing economies will still lag behind.

Pandemic fatigue is adding to the shift. Crowded, mask-less New Year’s parties happened all across Brazil, and in many places, there is little political capital left for another lockdown. “People are in an atmosphere here as if Covid has already passed,” said Atila Iamarino, a biologist educated at the University of Sao Paulo and Yale who specializes in virology. “They’re going out, having parties, thinking about Carnival.”

The message from the federal government in Mexico has been to go on with business as usual. The deputy health minister has said this wave will help the nation reach herd immunity faster. President Andres Manuel Lopez Obrador, who just announced that he’s gotten Covid for a second time, has pointed out that omicron doesn’t seem to lead to severe disease. Plus, the vaccination rate in Mexico City is remarkable: 99% of adults. So despite the near all-time-high surge in cases, most of the country’s official lockdown color isn’t red or yellow, but green – no restrictions of any kind. 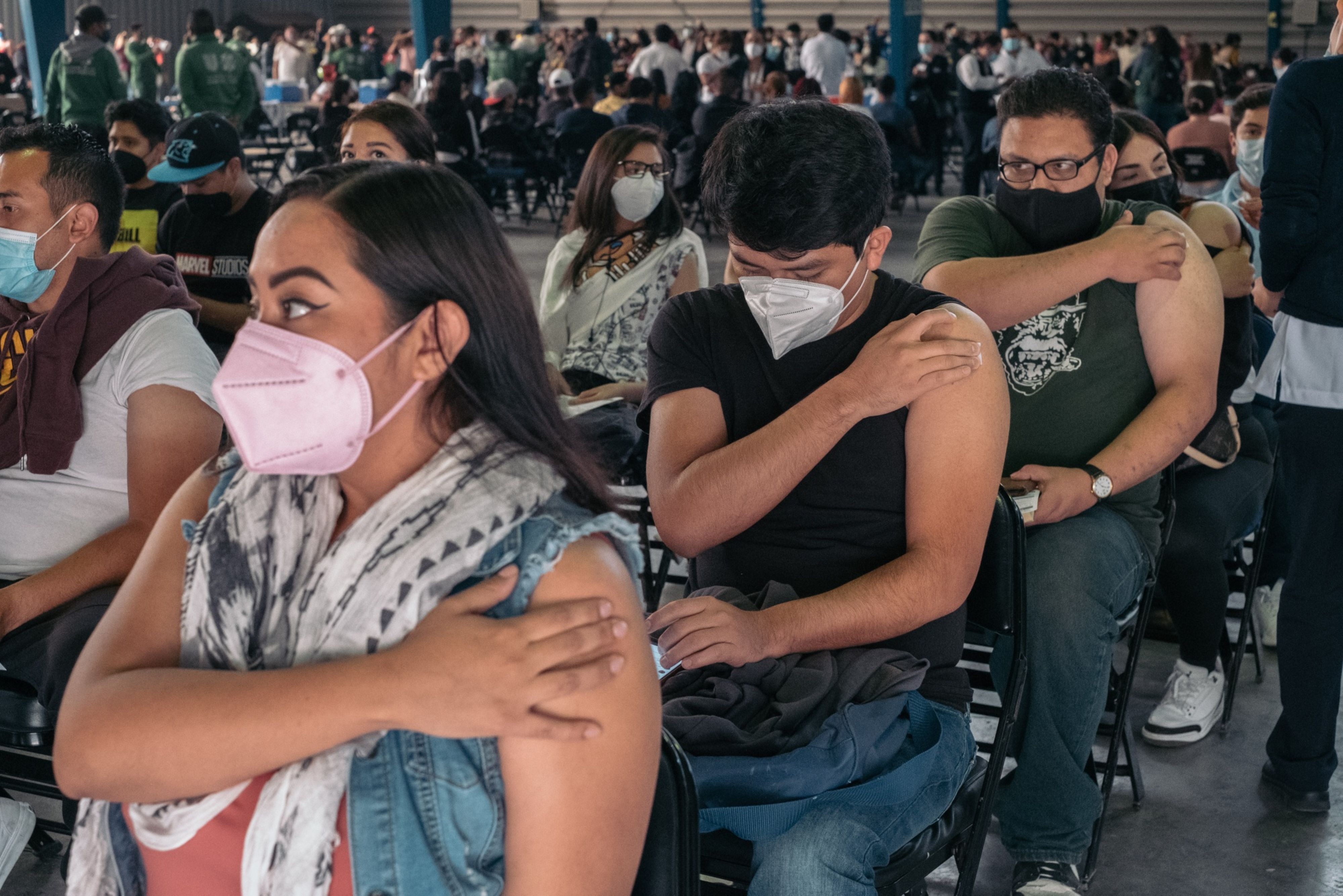 Chile, which imposed one of the most draconian lockdowns and also suffered among the worst death rates, hasn’t even started a debate on reimposing restrictions. But it might not have to: 87% of the country has received two doses and 58% have had a booster shot. The country is now launching a campaign for a second booster, with a third – a fifth dose – likely starting midyear.

There are some emerging economies choosing to meet the new wave with severe restrictions.

Lima and Delhi are under curfew. In China, millions are in lockdown, with border curbs expected to last through the year, and Morocco has banned all international travel. Malaysia is set to suspend travel permissions for Muslim pilgrims headed to Mecca for umrah this month, and Vietnam’s premier directed local officials to ban public gatherings, especially Lunar New Year celebrations. 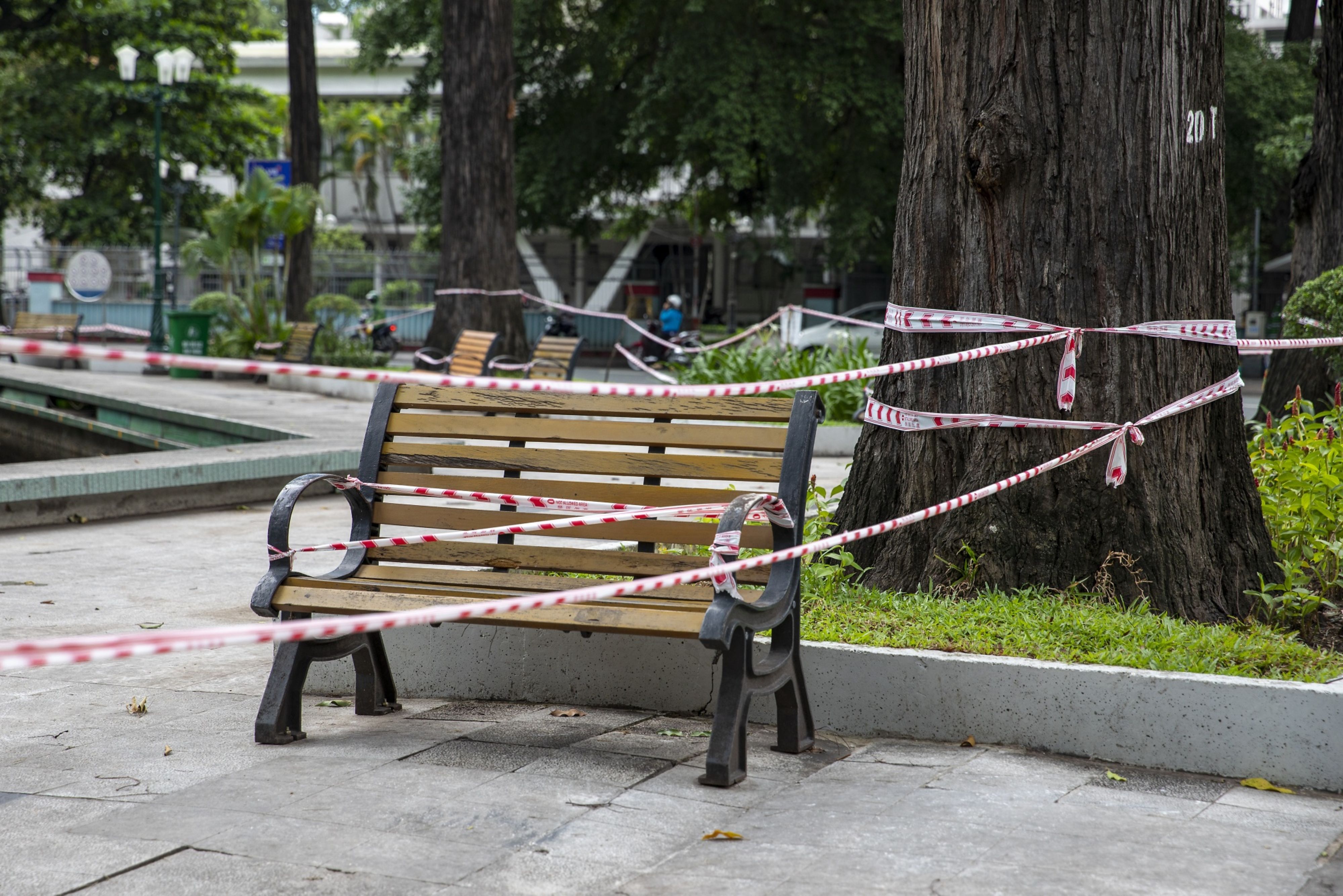 Some countries have done less well with vaccines than others, making policy decisions more complicated. In India, where a rising tide of infections looks on pace to set records and the hospital system is cripplingly underfunded, teenagers only just started receiving doses, and children are not immunized at all. Misinformation and vaccine hesitancy remain stubborn issues: In the Philippines, a 2021 poll found that 68% of the population were uncertain or unwilling to get the shot. And Russia and Vietnam ranked near the bottom in a Bloomberg Covid resilience ranking in December that measures virus containment, quality of healthcare, and vaccination coverage in the 53 biggest economies. 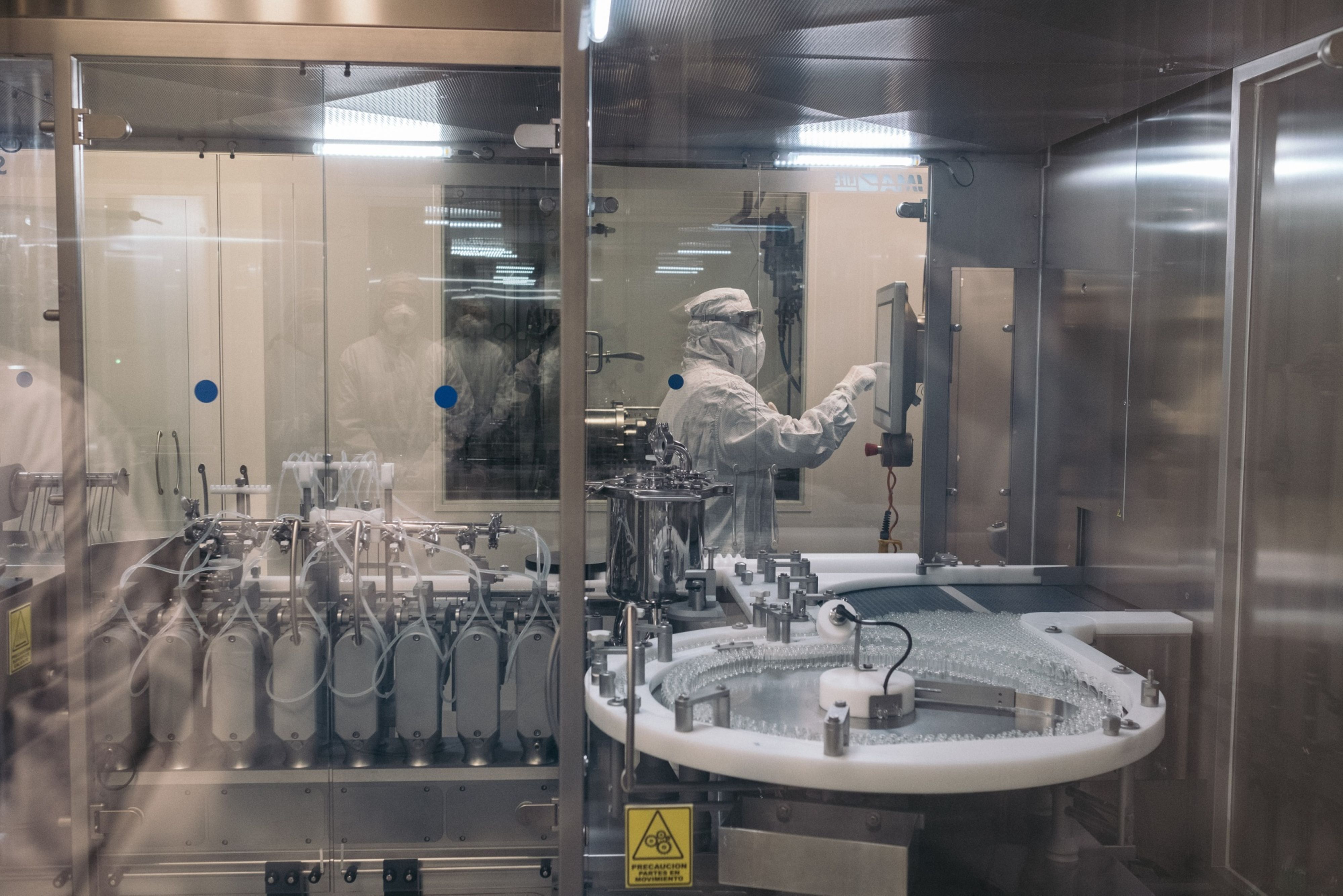 It’s the absence of public partying that has really started to grind on Brazilians, who’ve gone almost two years without a Carnival celebration. Local leaders just crushed those hopes: last week, Carnival was in essence canceled, first in Rio de Janeiro, and then across the country. “The street carnival, by its very nature, makes it impossible to exercise any kind of inspection,” Rio’s mayor said in a web broadcast.

Brazil’s health minister announced this week that omicron is now the predominant strain. The absence of widespread restrictions in the former hot spot is still leaving some specialists concerned. “The lack of a national mask policy, easily-accessed home testing or movement lockdowns,” biologist Iamarino said, “leaves Brazil with its number of cases ready to explode right now.”