From Vetting Candidates to Keeping Dissidents Busy, How BJP Strategists Ensured the Return of Yogi in UP 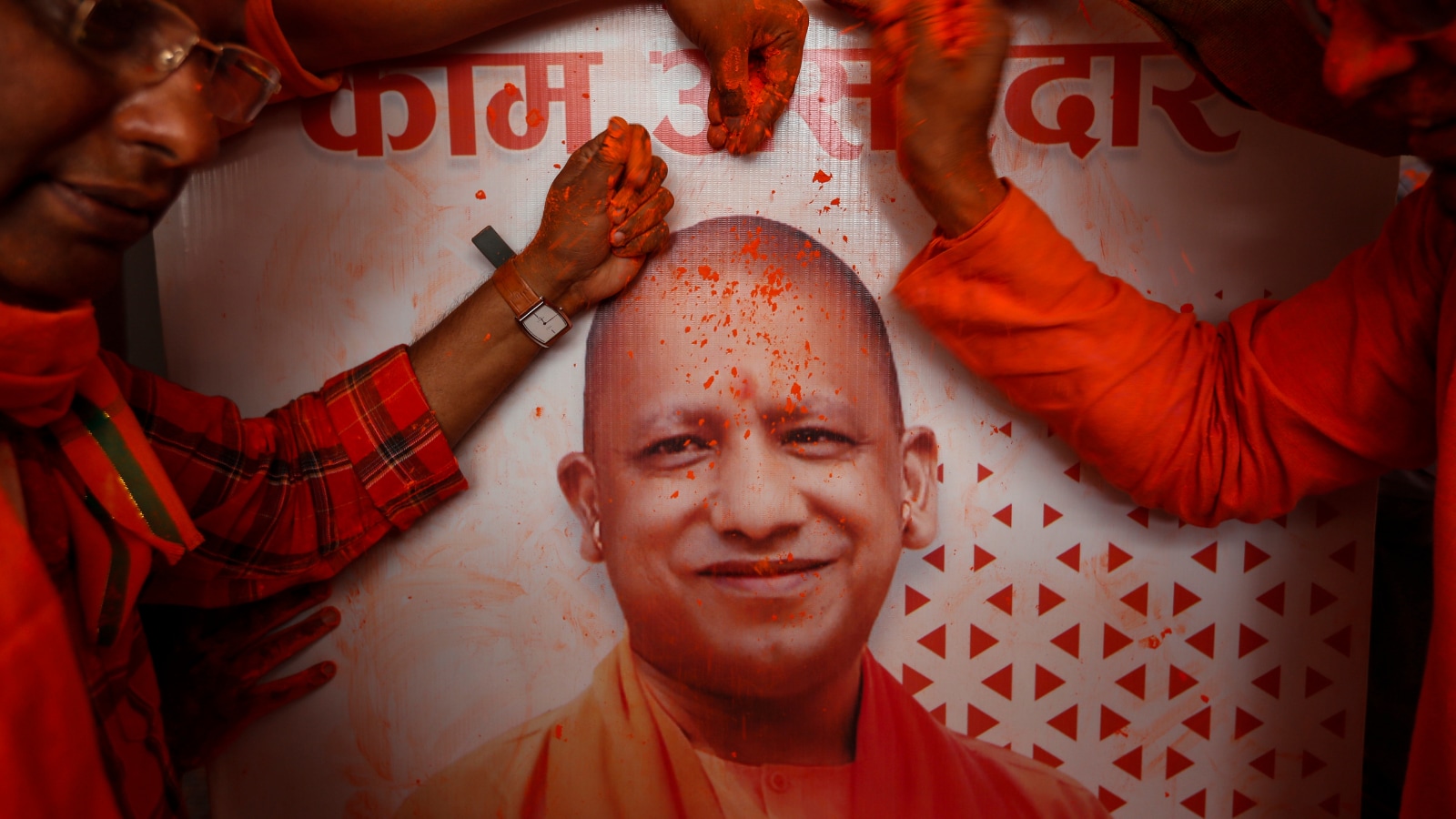 A dedicated team of leaders, backed by a strong organisational unit, has ensured Bharatiya Janata Party’s return to power in Uttar Pradesh. From micro-managing issues like who needs to campaign in which region to countering Opposition allegations, leaders like Dharmendra Pradhan, Anurag Thakur and Sunil Bansal worked for the success of the party in the state.

Here’s a look at how the BJP’s backroom boys went about the task:

The BJP’s UP election in-charge, Dharmendra Pradhan camped in Uttar Pradesh for the past several months. Coordinating between the central and state leadership, he ensured smooth strategy implementation in the state to facilitate the return of the Yogi Adityanath government.

Pradhan is understood to have played the role of a bridge between the central and state leadership, ensuring that there was no hiccup in implementation of any strategy or selection of candidates.

While staying in the background, Pradhan ensured that communities like the Brahmins, who were believed to be unhappy with the state government, were reached out to and brought back to the party’s fold. He ensured that any assistance needed by the teams on ground was coordinated and extended effectively.

“Despite being state in-charge for bigger things, he even solved our basic technology issue… This is the extent to which he ensured we had a smooth run,” said a senior BJP leader.

Sources said Pradhan kept a close eye on any development in regions that went to polls in various phases. He worked in close co0rdination with Sunil Bansal, BJP general secretary (organisation) Uttar Pradesh.

The central minister, who was made co-incharge for Uttar Pradesh elections, ensured that there was no let-up in the charge against the Opposition. Post-results, he has been lauded for shaping a successful media plan and strategy to counter the Opposition.

One of the BJP’s star campaigners as well, Thakur hit the ground running as soon as he landed in the state. However, his job evolved and he became the instrument in ironing out differences in various units and groups within the party. He monitored the social media campaigns across platforms where reach to the voters was vital.

The BJP’s UP general secretary (organisation) is the core of every decision-making process, being the point-person of the Rashtriya Swayamsewak Sangh (RSS) in the BJP. From ticket distribution to allocation of tasks, Bansal was the man who was consulted before the finalization of any decision.

Sources stated that it was he who was considered an authority when report on candidates and their chances to win was sought. Also, he kept close watch on dissidents and anyone working against the party candidates. He also delegated tasks to the leaders considered close to the dissidents to ensure they won’t cause much harm to the candidates. He ensured that there was coordination between the RSS cadre and the BJP.

Apart from the central unit working in coordination with the state leaders, sources said that CM Yogi Adityanath deployed his own team to ensure real-time feedback. From election management that involves booth management, supplying kits and voter lists to booth workers who ensure voters come out and vote, to managing aviation, accommodation and transportation of every star campaigner, this team managed everything.

Social media campaigns on various platforms, too, were managed by this group to get the BJP’s message across to the voters. Also, to ensure that Brahmins vote for the BJP despite their perceived anger, state Brahmin leaders were sent in to listen to their grudges and ensure a change of heart.

With Rashtriya Lok Dal’s Jayant Chaudhary considered to have struck an emotional chord with the Jats in western UP, the party collectively decided not to attack him and rather keep the focus on Samajwadi Party.

Senior party leaders believe that had they attacked Chaudhary, they would have risked Jats consolidating behind the RLD. On anti-incumbency against the sitting candidates, central and state leaders apologised to the electorate and promised to work for them if voted to power.