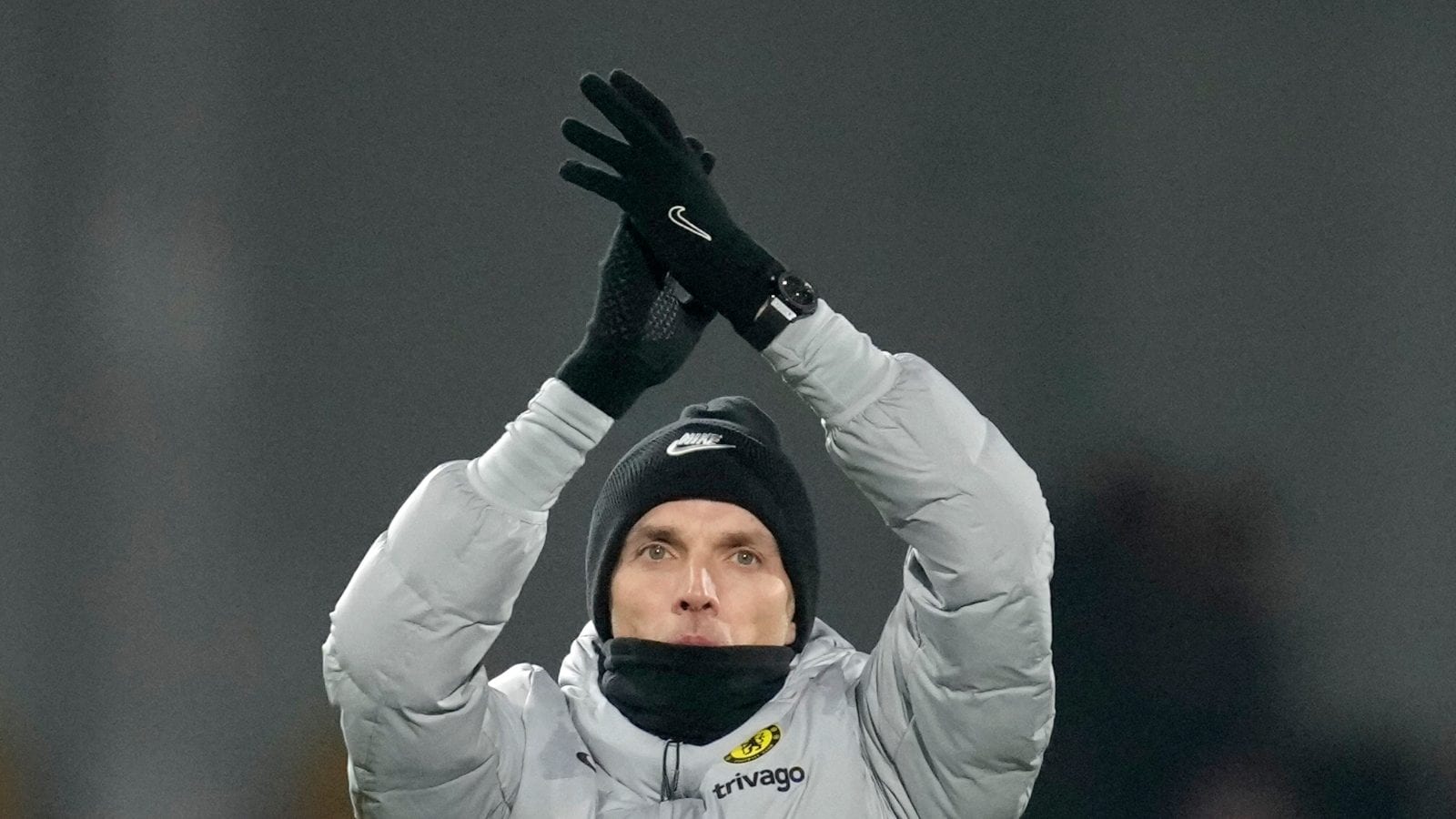 Three have asked for their logo to be removed from Chelsea’s kit and, although the Blues beat Norwich 3-1 on Thursday while wearing the company’s branding, they are expected to comply with the request.

Chelsea host Newcastle at Stamford Bridge on Sunday and Tuchel said it was possible they could fill the vacant sponsor’s space on their shirts with a peace slogan.

“We can always wear a message for peace and it can never be the wrong message,” said the German.

Following the sanctions imposed on the Russian billionaire, Chelsea’s kit maker Nike are reportedly considering ending the reported £900-million, 15-year deal they signed with the west London club in 2016.

Tuchel joked it would be a surprise if Chelsea had any kit to play in this weekend.

“Maybe the worry is more to find enough shirts that we can play in, with the sanctions,” he said. “But as long as we have enough shirts, and as long as the bus is full of fuel, we will arrive and we will be competitive.

“This is what everybody can be sure of and this is what we demand of ourselves and when it’s a big storm, you dig in, you are all together and then you stay strong and go through it. But messages for peace can never be wrong.”

Chelsea’s long-term future has been plunged in doubt due to the freezing of Abramovich’s assets, with stringent curbs on spending and the proposed sale of the club on hold.

Abramovich is one of seven oligarchs targeted by Britain in response to Russia’s invasion, all of whom were described as part of Russian President Vladimir Putin’s inner circle.

Although Newcastle have flourished since their controversial takeover by a Saudi-led consortium in October, there were questions raised about the new regime at St James’ Park.

Campaign groups criticised the Premier League for allowing the move to go ahead despite concerns over Saudi Arabia’s human rights record, but Newcastle’s owners insist the Saudi sovereign wealth fund, the Public Investment Fund, is separate from the state.

Asked if neutral fans will want both Chelsea and Newcastle to fail, Tuchel replied: “Maybe, but I don’t care, I want us to win. Sorry, but I don’t care so much what the neutral spectators think about who should win.”