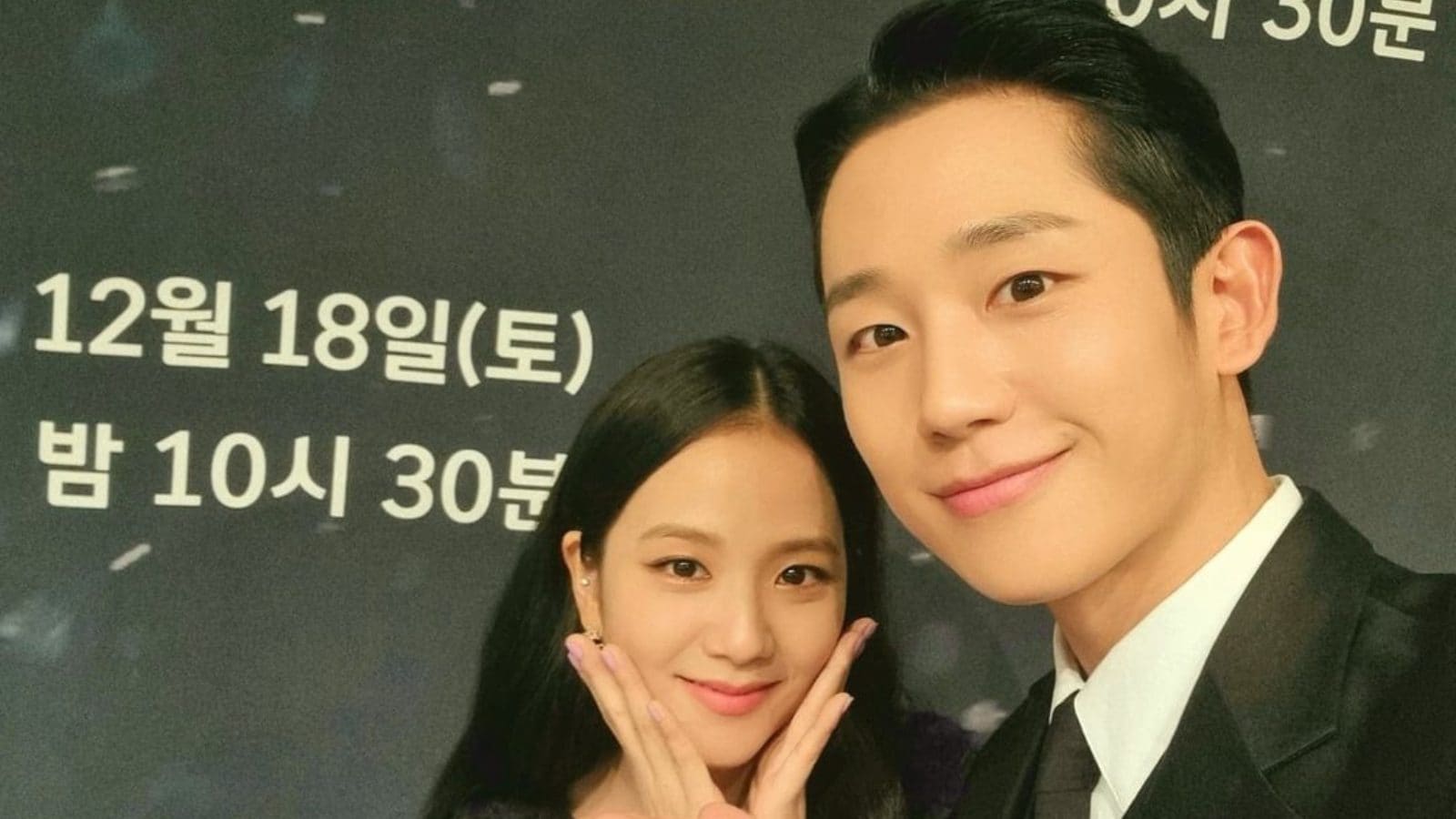 Snowdrop fans shipping BLACKPINK member Jisoo And Jung Hae-in were in for a surprise when Jung Hae-in shared pictures taken by Jisoo on Instagram on Thursday.

Half a season down and Snowdrop is already receiving much love and appreciation from fans. The show stars BLACKPINK member Jisoo and Jung Hae-in in the lead, while Jung Hae-in plays the role of a North Korean agent Im Soo-ho, Jisoo essays the role of Eun Young-ro. Set against the political tension in South Korea in the year 1987, the show revolves around their love story.

While their on-screen chemistry is already a hit among fans, many are also hoping that Jisoo and Jung Hae-in eventually date in real life too. Their hopes have further been fuelled by a bunch of pictures shared by Jung Hae-in. The actor took to Instagram and shared pictures taken by Jisoo. In them, Jung Hae-in is seen posing for a close-up shot and a couple of pictures underneath a cherry blossom. He shared the pictures and credited Jisoo. “Photo by @sooyaaa__” his caption read.

Fans in the comments section pleaded with the actors to start dating in real life. “Date already!” a fan commented. While another believes they are already are together. “I think both are in a relation, luv you!” read a comment. “Stop playing with us you two,” a third said. Many also called them ‘couple goals.’

She too shared pictures taken by the actor.

Jung Hae-in shared the new pictures just a day after he shared a picture with his co-stars. He had revealed that the picture was taken by Jisoo.

Snowdrop has aired nine episodes so far. The K-drama series had landed in trouble due to its premise but the court had allowed the series to continue its broadcast. Recently, fans also mourned the sudden death of Kim Mi-soo, who was seen playing Jisoo’s best friend on the screen. Following her death, Jisoo and Jung Hae-in remembered her by sharing pictures from the show’s making on their respective Instagram accounts.