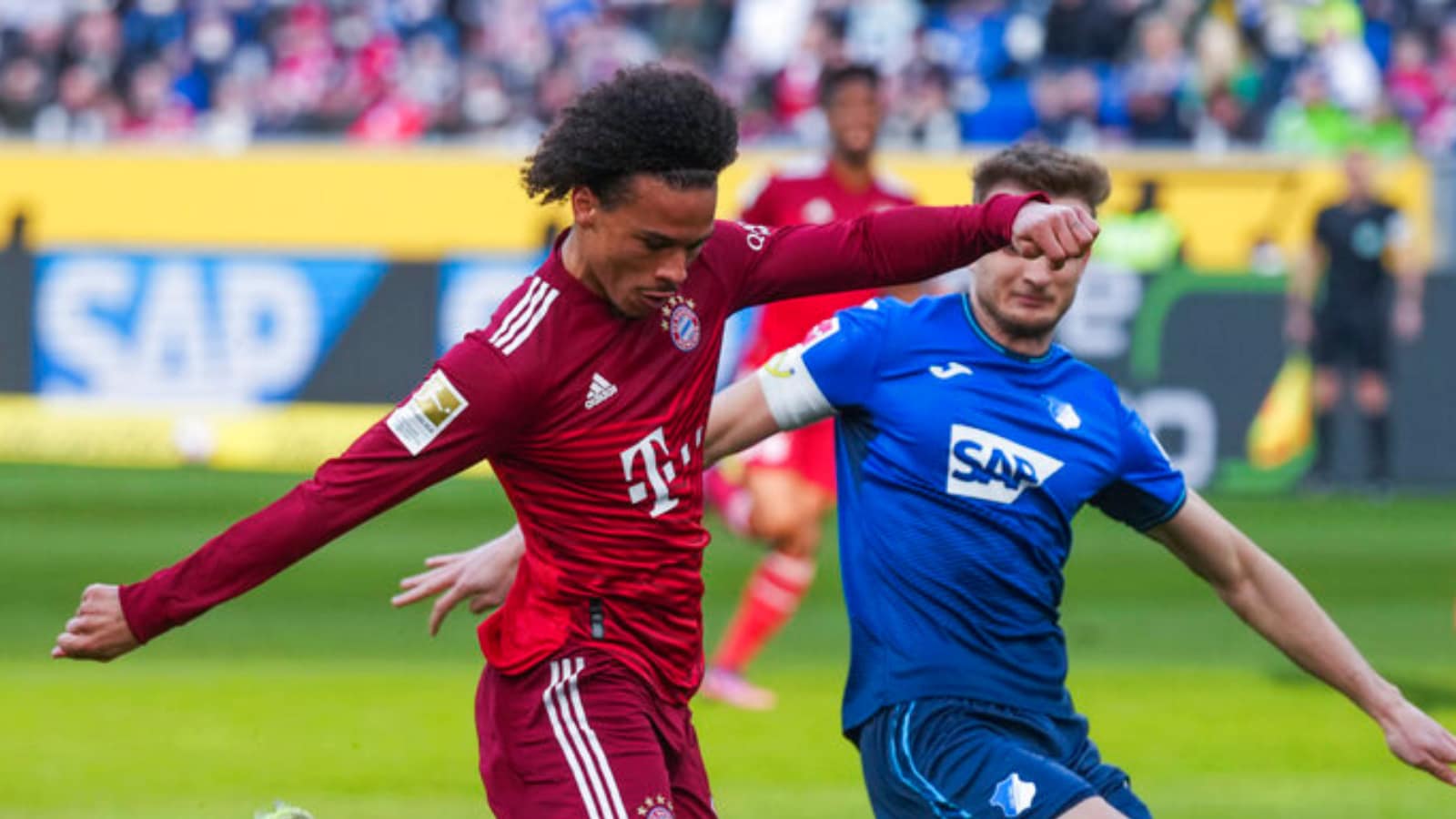 Bayern Munich were held to a frustrating 1-1 draw at Hoffenheim on Saturday as the runaway Bundesliga leaders had three goals disallowed and also hit the post.

“Luck wasn’t on our side,” bemoaned captain Manuel Neuer.

Christoph Baumgartner gave Hoffenheim a deserved lead before Robert Lewandowski levelled on the stroke of half-time in Sinsheim with a record-equalling 17th away goal this season.

It was a tough afternoon for Bayern who had two goals by Thomas Mueller and one by Lewandowski ruled out before Serge Gnabry struck the post.

“We had a few more chances and at the end it was disappointing not to travel home with three points,” admitted Neuer.

Bayern are ten points clear in the Bundesliga, but second-placed Dortmund, who are home to Bielefeld on Sunday, have two games in hand.

It was a frustrating return to Sinsheim for Munich coach Julian Nagelsmann, who spent nine years with Hoffenheim, three as head coach.

“I am pleased with the overall performance, especially as we had goals ruled offside which were marginal, even if we only took a point,” said Nagelsmann.

Bayern had lost three of their five previous away matches against Hoffenheim and there was a cup match atmosphere among the sold-out home crowd hoping for another upset.

The hosts landed the first blow when striker Andrej Kramaric fired a pass to the far post where Baumgartner was waiting to drive past Neuer with half an hour played.

The Germany captain had hoped to set a new Bundesliga record of 311 victories, but Neuer will have to wait at least another week.

Lewandowski struck before half-time when he powered in Bayern’s equaliser to claim his 29th league goal this season.

It was end to end stuff in the second half, which opened with Lewandowski’s disallowed goal, then Gnabry beat the defence, but hit the post.

Mueller had his head in his hands when his shot was scrambled off the line.

At the other end, Neuer denied Hoffenheim a late winner with a superb save at close range to block a shot by Jacob Bruun Larsen.

Freiburg climbed back into the Champions League places despite throwing away a two-goal lead before defender Nico Schlotterbeck sealed a 3-2 win at Wolfsburg.

Stuttgart climbed to third from bottom, one place ahead of Hertha Berlin who later hunt their first win of 2022 at Moenchengladbach.

An outbreak of 20 Covid cases at Mainz meant their away game at Augsburg on Saturday was postponed.